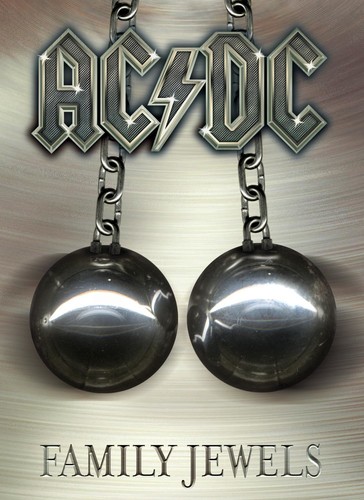 Rock of Ages: The Definitive C...

Family Jewels is a two disc compilation DVD by the hard rock band, AC/DC, of music videos, live clips and promotional videos. The first disc contains videos from the Bon Scott era, such as the band's first TV appearance in 1975, and a performance on television ten days before Scott died. The second disc contains material from the Brian Johnson era such as the videos for Back in Black. The UK magazine Classic Rock awarded Family Jewels as 'DVD of the year' in 2005.