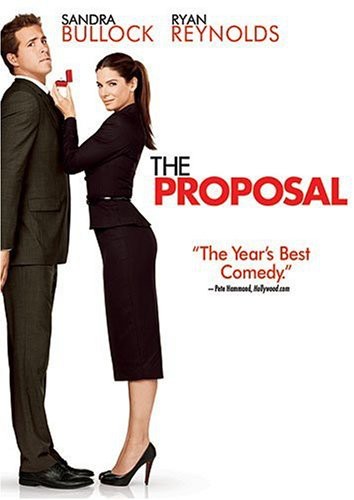 THE PROPOSAL could have been a strictly script-by-numbers affair, but hilarious performances by Sandra Bullock and Ryan Reynolds improve this romantic comedy. Publishing powerhouse Margaret Tate (Bullock, TWO WEEKS NOTICE) is used to getting her way. She bullies her ambitious assistant, Andrew Paxton (Reynolds, DEFINITELY, MAYBE), earning the ire of all the underlings at Colden Books in New York City. But Margaret, a native Canadian, finds her career in jeopardy when she is denied a visa and learns she will be sent northward. She forces Andrew to become her fiancé, but shell have to take a trip home to Alaska with him to prove to U.S. Immigration that their impending union is genuine. Starring Ryan Reynolds, Sandra Bullock, Mary Steenburgen, Malin Akerman, Director Anne Fletcher Special Features: Dolby Digital 5.1 English, French, Spanish Subtitles: French, Spanish.