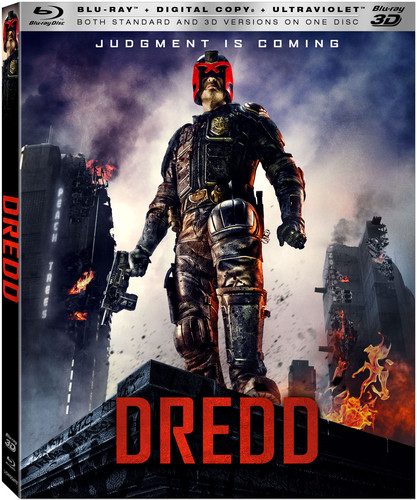 The future America is an irradiated wasteland. On it's East Coast lies Mega City One a vast, violent metropolis where criminals rule the chaotic streets. The only force of order lies with the urban cops called Judges who possess the combined powers of judge, jury and instant executioner. The ultimate Judge, Dredd (Karl Urban) is tasked with ridding the city of it's latest scourge - a dangerous drug and the sadistic prostitute turned drug pusher who is using it to take over the city.