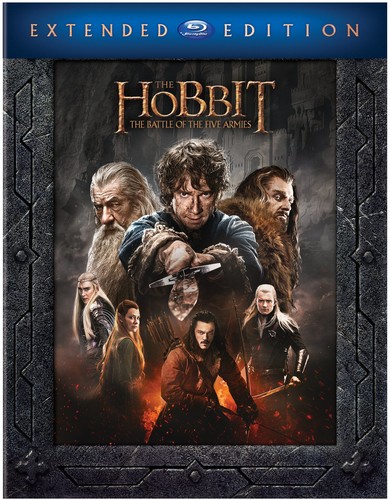 The Hobbit: The Battle of the Five Armies (Extended Edition)

Hobbit: The Desolation of Smau...

Alice Through the Looking Glas...

Academy Award(R) winning filmmaker Peter Jackson returns to Middle-Earth with the final of three films based on J.R.R. Tolkien's enduring masterpiece. Set in Middle-Eart 60 years before the epic "Lord Of The Rings" trilogy, the adventure follows the journey of Bilbo Baggins, who is swept into an epic quest to reclaim the lost Dwarf Kingdom from the fearsome dragon Smaug. Approached out of the blue by the wizard Gandalf, Bilbo finds himself joining a company of dwarves on a journey into wild, treacherous lands swarming with beasts of every ilk. After reaching Erebor and encountering the dragon Smaug, Five Armies assemble for an epic battle that could decide the future of all in Middle-Earth. The Extended Edition film is 20 minutes longer with new and extended scenes not seen in the theatrical release.