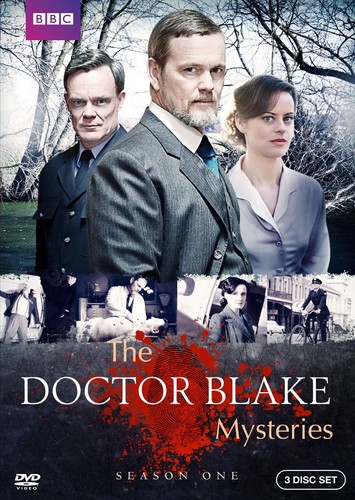 The Doctor Blake Mysteries: Season One

Marvel's Guardians of the Gala...

Snow White and the Seven Dwarf...

Long before masked heroes like Batman and Zorro inspired the public and saved the helpless, there was the Scarlet Pimpernel (Richard E. Grant, Dracula). Amidst Robespierre's Reign of Terror, when the guillotine was always at the ready, the Scarlet Pimpernel defi es the Revolutionaries to rescue the innocent. Yet the Pimpernel's wife, Lady Blakeney (Elizabeth McGovern, Downton Abbey), the wittiest and most beautiful woman in London, is unaware of her husband's secret. When not disguised as his alter ego, the Pimpernel, Sir Percy Blakeley appears to be nothing but a handsome playboy. Join Lady Blakeney as she discovers her husband's true identity and the Pimpernel as he risks his life for justice.