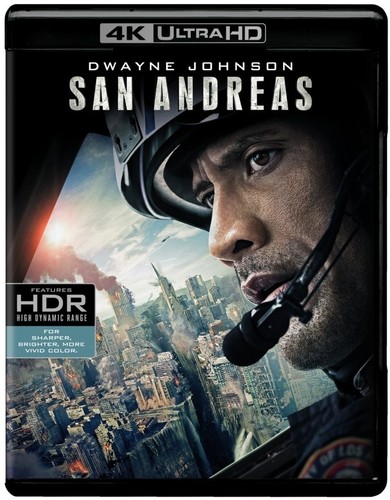 SAN ANDREAS - In the aftermath of a massive earthquake in California, a rescue-chopper pilot makes a dangerous journey with his ex-wife across the state in order to rescue his daughter. San Andreas is a 2015 American disaster film directed by Brad Peyton. The screenplay was written by Carlton Cuse, with Andre Fabrizio and Jeremy Passmore receiving a story credit. The film stars Dwayne Johnson, Carla Gugino, Alexandra Daddario, Ioan Gruffudd, Archie Panjabi, and Paul Giamatti. Principal photography of the film started on April 22, 2014 in Australia and wrapped up on July 27 in San Francisco. The film was released worldwide in 2D and 3D on May 29, 2015, received mixed reviews from critics, and grossed $473 million worldwide.