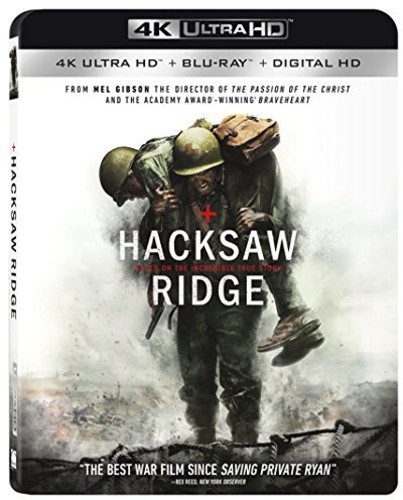 Andrew Garfield, Sam Worthington, Luke Bracey. The incredible true story of an American soldier at Okinawa, the most deadly battle in WWII, who saved 75 other soldiers without firing a gun a single time. His staunch moral stand against killing was mixed with an overwhelming dedication to save his fellow men. Blu-ray and 4K Ultra HD both include bonus DVD on 2 Discs. Directed by Mel Gibson. 2016/color/139 min/R/widescreen.