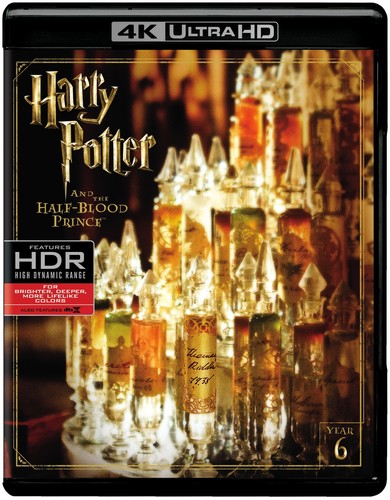 Harry Potter and the Order of ...

Harry Potter and the Deathly H...

Harry Potter And The Prisoner ...

Harry Potter And The Sorcerer'...

Emboldened by the return of Lord Voldemort, the Death Eaters are wreaking havoc in both the Muggle and wizarding worlds and Hogwarts is no longer the safe haven it once was. Harry suspects that new dangers may lie within the castle, but Dumbledore is more intent upon preparing him for the final battle that he knows is fast approaching. He needs Harry to help him uncover a vital key to unlocking Voldemort's defenses critical information known only to Hogwarts' former Potions Professor, Horace Slughorn. With that in mind, Dumbledore manipulates his old colleague into returning to his previous post with promises of more money, a bigger office and the chance to teach the famous Harry Potter.