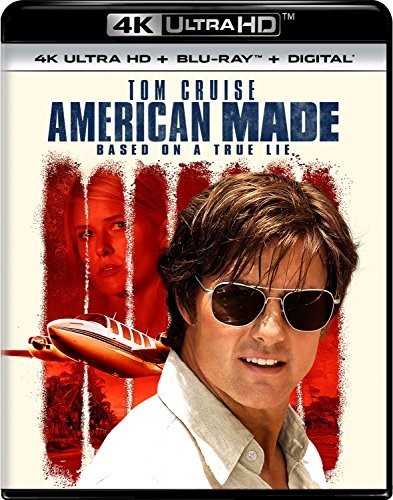 The Girl on the Train

Based on a true story, this darkly comic biopic stars Tom Cruise as Barry Seal, a TWA pilot recruited by the CIA to fly spy missions over South America in the late 1970s. The thrill-seeking Seal jumps at the chance to leave his boring airline job, but when he starts running drugs for the Medellin Cartel, he quickly finds himself in way over his head and caught up in a complex and dangerous web of international intrigue. Sarah Wright, Domhnall Gleeson, Jesse Plemons, Caleb Landry Jones, Lola Kirke also star. 115 min. Widescreen; Soundtrack: English. Two-disc set.