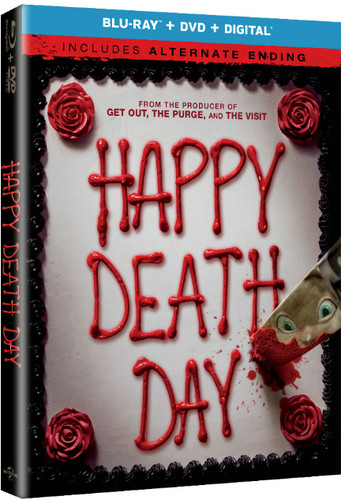 A slasher movie spin is put on "Groundhog Day" in this shocker focusing on Tree Gelbman (Jessica Rothe), a college student who is brutally murdered on her birthday. But when she wakes up alive and well, Tree realizes she's being forced to relive the same day over and over, and the only way to break the grisly cycle is to find out who killed her and why. Israel Broussard, Ruby Modine, Rachel Matthews, Charles Aitken also star. 96 min. Widescreen; Soundtrack: English. Two-disc set.