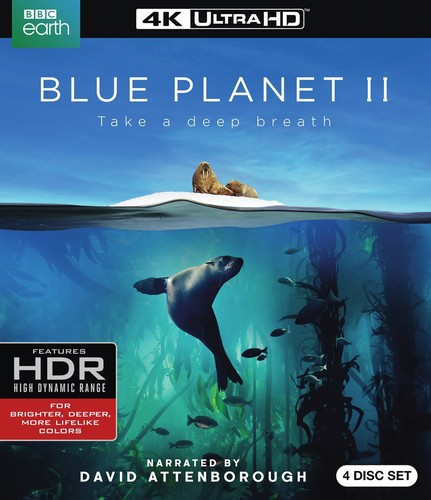 The Blacklist: The Complete Fi...

Frankie Valli and the Four Sea...

Four disc set. 4K Ultra HD + Blu-ray Return to the majestic depths of the planet's underwater realms with this documentary series, presented by the BBC as a follow-up to 2001's The Blue Planet: Seas of Life. Four years in the making, the show provides another fantastic glimpse into the fascinating worlds that exist beneath the waves and examines the effects mankind's actions have had on ocean life. David Attenborough narrates.8 episodes on 4 discs. Widescreen; Soundtrack: English.