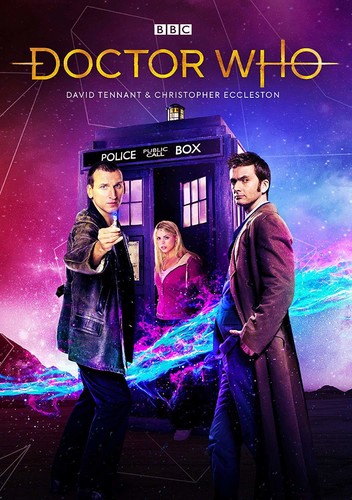 Marvel's Guardians of the Gala...

Climb in the TARDIS for the adventure of a lifetime with this enormous Doctor Who collection featuring every episode of the first two Doctors of the modern era, Christopher Eccleston and David Tennant. Alongside companions Rose Tyler (Billy Piper), Donna Noble (Catherine Tate), and others, it's a non-stop thrill ride as the Doctors battle all the evil forces of the universe including Daleks, Cybermen, Sontaran, and much more. There are hours and hours of adventure in this 12-disc box set including the stories which introduce River Song (Alex Kingston), Captain Jack Harkness (John Barrowman), and featuring a guest appearance by Academy Award® Nominee Carey Mulligan.