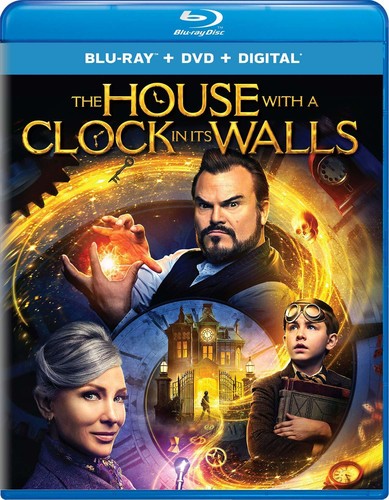 House with a Clock in Its Walls [Blu-ray/DVD]

Alice Through the Looking Glas...

Back in the '50s, orphaned Lewis Barnavelt (Owen Vaccaro) was packed off to live in the creepy Michigan home of his oddball Uncle Jonathan (Jack Black)... and discovered to his amazement that his guardian was a warlock, and the lady next door (Cate Blanchett) was a witch. His new desire to dabble in magic, however, triggered the house's worst secret-the doomsday clock it was built to contain. Eli Roth's read on the John Bellairs kidlit classic co-stars Kyle MacLachlan, Renée Elise Goldsberry. 104 min. Widescreen; Soundtrack: English. Two-disc set.