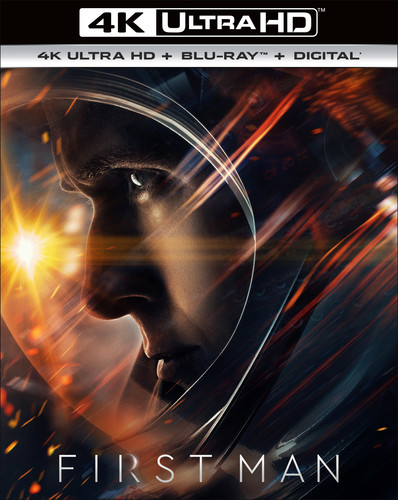 Ryan Gosling stars as Neil Armstrong in this acclaimed biopic, based on James R. Hansen's book. In the wake of a family tragedy, Armstrong becomes a major player in NASA's bid to see that the U.S. finally pulls ahead of the Soviet Union in the Space Race. He works in the Gemini and Apollo programs before being given command of the Apollo 11 mission and becoming the first person to ever walk on the moon on July 20th, 1969. With Claire Foy, Jason Clarke, Kyle Chandler, Corey Stoll. 141 min. Widescreen; Soundtrack: English. Two-disc set.